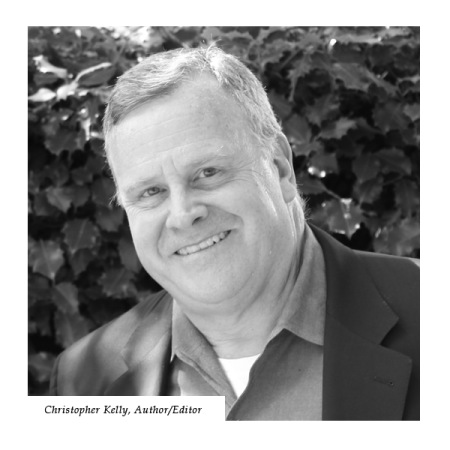 This podcast features guest Christopher Kelly who shares a historical perspective on the “surveillance society” we live in and its origins in World War I espionage. Below is a recent article Christopher wrote on this subject and is the basis for our conversation.

Lately, we’ve been hearing on a daily basis about alleged wiretapping by leaders and governments both foreign and domestic. Americans find themselves asking, What is our government up to? What might be the consequences of governments’ abilities to listen into our private conversations?

If history is any indicator, the answer may be troubling. Much of the “surveillance society” in which we live today had its origins in World War I espionage, which began the decade after Guglielmo Marconi transmitted the first transatlantic message from Cornwall in England to Newfoundland in Canada, in 1901.

Soon, governments were scrambling to intercept the blizzard of electronic transmissions that followed. The British built a sophisticated signals intelligence network designed to monitor German radio traffic during the war. Their SIS (Secret Intelligence Service and forerunner to MI6) established monitoring stations from Folkestone to London.

And these newfound clandestine surveillance capabilities, while a promising tool for national security, also turned out to be the very thing that prompted America’s entry into World War I one hundred years ago.

British intelligence played a decisive role in the American entry into World War I. But it was not a martini-swilling gun-toting field agent that did it.

It all began in Room 40 — the decryption service of the British Admiralty in World War I. Experts there managed to obtain the German naval codebooks in 1914, including one seized by the Russian Navy in the Baltic. Room 40’s greatest coup of the war, however, was the interception and decryption of the famous Zimmermann Telegram in 1917.

Relations between Mexico and America were tense even in those days. In March 1916, Mexican revolutionary Pancho Villa launched a cross-border attack on Columbus, New Mexico. He seized supplies and burned the town. In retaliation, President Wilson ordered the U.S. Army into Mexico to capture the notorious bandit leader. Brigadier General John Pershing led the Punitive Expedition from New Mexico into Chihuahua. Pershing was a tough veteran of Indian wars and the Moro uprising in the Philippines. A young George S. Patton Jr., whose attractive sister Nita was dating the widower Pershing, was detailed to Pershing’s staff.

Pancho Villa, as it turned out, proved to be somewhat elusive, but Patton, leading a small patrol, participated in a skirmish at a hacienda in San Miguelito. Three Villistas were killed. When about fifty Villistas approached the hacienda, Patton beat a hasty retreat with the three dead men strapped across the hood of his automobile. Patton was later promoted to first lieutenant.

In January 1917, less than eight months after Patton’s skirmish, Room 40 intercepted and decrypted the Zimmerman Telegram. 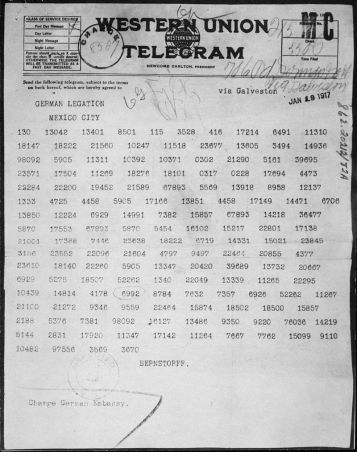 The message it contained, sent by the German minister of foreign affairs to the German ambassador in Mexico City, proposed an alliance with Mexico in the event of America’s entry into the war. According to its terms, Mexican territory lost in previous wars with the United States, in states such as Arizona, New Mexico, and Texas, would be returned to Mexican sovereignty in exchange for Mexico’s declaration of war on the United States. When its contents were disclosed, the telegram enraged many Americans, and was one of the catalysts (along with unrestricted submarine warfare) for the declaration of war by the United States Congress on April 6, 1917.

The intrepid Lieutenant Patton would serve in the American Expeditionary Force in World War I. General Pershing would command over two million men in the AEF in Europe.

American neutrality was not the only victim of British intelligence. Room 40 also decrypted messages that identified Mata Hari—a Dutch courtesan and exotic dancer in Paris, who was born Margaretha Geertruida Zelle in Leeuwarden, Netherlands, in 1876—as H-21, a German spy. 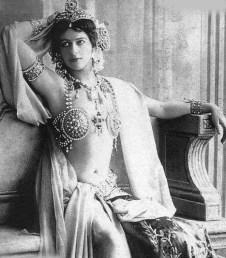 The information was passed to French intelligence, and the femme fatale was arrested, convicted, and executed by firing squad in 1917. The unfortunate Mata Hari had been overly friendly with officers on both sides of the Great War.

Years later, Room 40 would, of course, provide inspiration for the codebreaking that took place at Bletchley Park in World War II. Both Britain and America were routinely listening in on Axis messages. Eisenhower claimed that the work of the codebreakers may have shortened the war by as much as two years, saving countless lives.

After World War II, Henry Stimson, FDR’s Secretary of State, would write in his memoirs that “Gentlemen do not read each other’s mail.” But the truth is that gentlemen began reading each other’s mail long before World War II. And they continue to read all of our mail today. And the full scope of the consequences such breaches of trust can have remains to be seen.

Christopher Kelly, an American history writer living in London and Seattle, edited An Adventure in 1914, a memoir about an American family traveling in Europe on the brink of World War I (www.anadventurein1914.com).

Subscribe to the Vince in the Bay podcast on iTunes, GooglePlay, Stitcher and Soundcloud!