PODCAST: Tremendous Day at the CIA 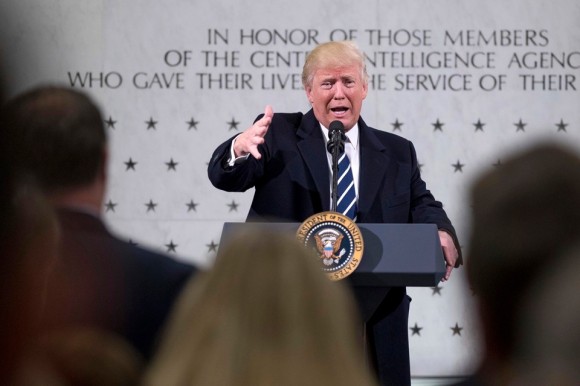 Standing in front of the famous Memorial Wall dedicated to fallen officers, Trump tried to set aside his “feud” with the CIA by way of a speech which consisted of a series of rants about the “dishonest” media, his inauguration, the war on Islamic terrorism and the merits of Mike Pompeo (his nominee for CIA Director).

The speech garnered a lot of criticism from the press and on social media. Most of the news reporting has focused on President Trump’s “alternate facts” regarding the size of the crowd at his inauguration the day before.

This podcast breaks down the entire speech. Enjoy!