Marcus J. Carey is a cybersecurity researcher, hacker, and the founder and CEO of Threatcare. He describes himself as a hacker who helps people not suck at cybersecurity. He started his technology voyage in U.S. Navy Cryptology and later went on to refine his knowledge while working at the National Security Agency (NSA).

Marcus is also the author of a new book with Jennifer Jin entitled Tribe of Hackers: Cybersecurity Advice from the Best Hackers in the World. The book is a collection of interviews with 70 top hackers and is available now on Amazon. A free pdf of the book is available here.

Marcus sat down with me at the RSA Security Conference in San Francisco in March to discuss his path to a career in cybersecurity, the NSA, Edward Snowden, his book Tribe of Hackers, the future of the cybersecurity industry and much more.

This episode breaks down last week’s online Q & A between Twitter CEO Jack Dorsey and infamous NSA whistle blower Edward Snowden on Periscope. The event, promoted by the organizers of the campaign Pardon Snowden, featured a lengthy discussion on privacy and the role of social media in sharing user data with law enforcement and intelligence agencies.

Jacob Young – who submitted a question to Snowden and had it answered, sorta.

The event also included questions from Twitter users. Jacob Young, a software engineer and privacy advocate, was one of the lucky users who submitted a question and had it answered by Snowden during the event. Jacob joins the podcast to give his reaction to Snowden’s answer to his question and also shares his thoughts on mass surveillance, privacy and more.

If you are curious about the Snowden Q&A in question and want to view the event in it’s entirety, here’s a link to the Periscope video: https://www.periscope.tv/w/1vOxwgnXeYLxB 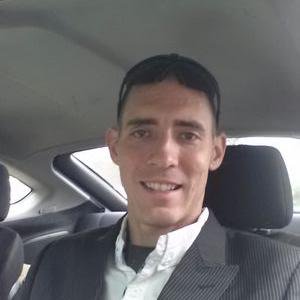 Jon aka “@wvualphasoldier” is a security researcher, consultant, policy advisor and former US military PSYOP soldier. He served on and off the battlefield in Iraq and Afghanistan. We discuss the recent Shadow Brokers auctioning of computer network exploits which are alleged to have been stolen from NSA linked security firm, Equation Group.